Creative Technology is a module taken by students which explores the link between historical and current creative practice to present issues within the field of computer-mediated creative practice. Students are exposed to the concepts of visual language and semiotic practice and given tools and techniques with which they will be able to communicate meaning to the general public. This year the theme given to the students was Sentient. Each student was then given task of creating a computational artefact around this theme ensuring to produce a complete experience that exploits digital technologies.

The theme of Sentient can be described as having the power of perception by the senses. It’s all about awareness and consciousness. A sentient being is one who perceives and responds to sensations of whatever kind - sight, hearing, touch, taste, or smell. This theme therefore includes a significant relation to human behaviour and responses. It is said that having senses is what makes something sentient in itself. Sentient beings have the ability to indicate response and have an awareness of surroundings. Each sentient being has an awareness of themselves and can in fact encounter a number of emotions whether that be anger, pain or happiness. Many people believe that it depends on an individual’s beliefs whether anything other than humans and animals are sentient. Every student interpreted this theme differently which is what makes this exhibition very interesting. With this chosen them it meant a complete variation of computational artefacts were created as a result. 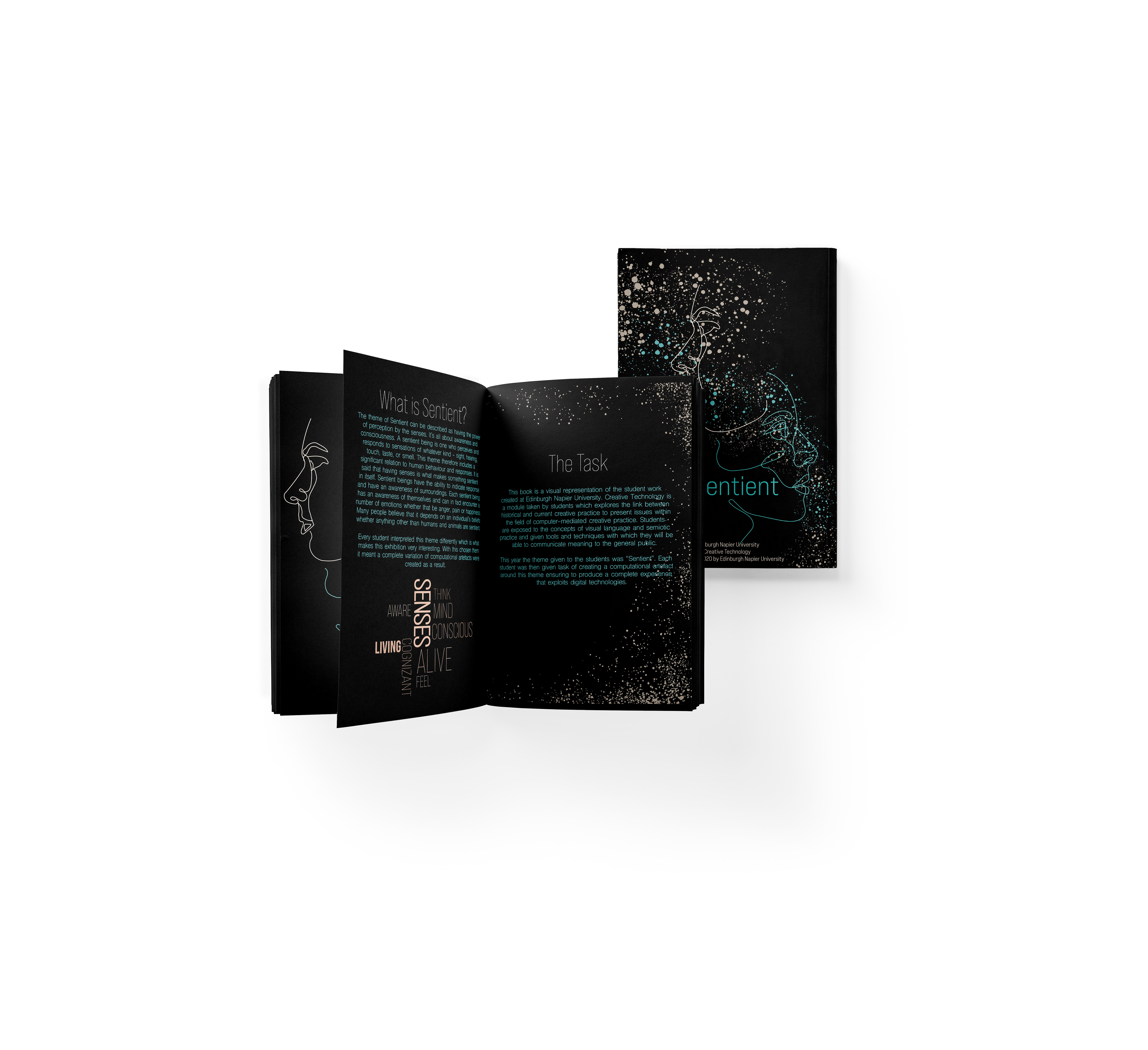 This Exhibition book is a visual representation of the projects created by students at Edinburgh Napier university. With the theme of sentient, each student has produced a computational prototype to represent their interpretation of the theme. The book illustrates a unique combination of imagery, typography, colour and layout to efficiently indicate the variation of projects. Each two-page spread indicates the purpose, process and final creation of each computational artefact around the theme of ‘Sentient’. The book itself aims to educate the reader on the theme of sentient as well as the creative abilities of Creative Technology students at Edinburgh Napier University. 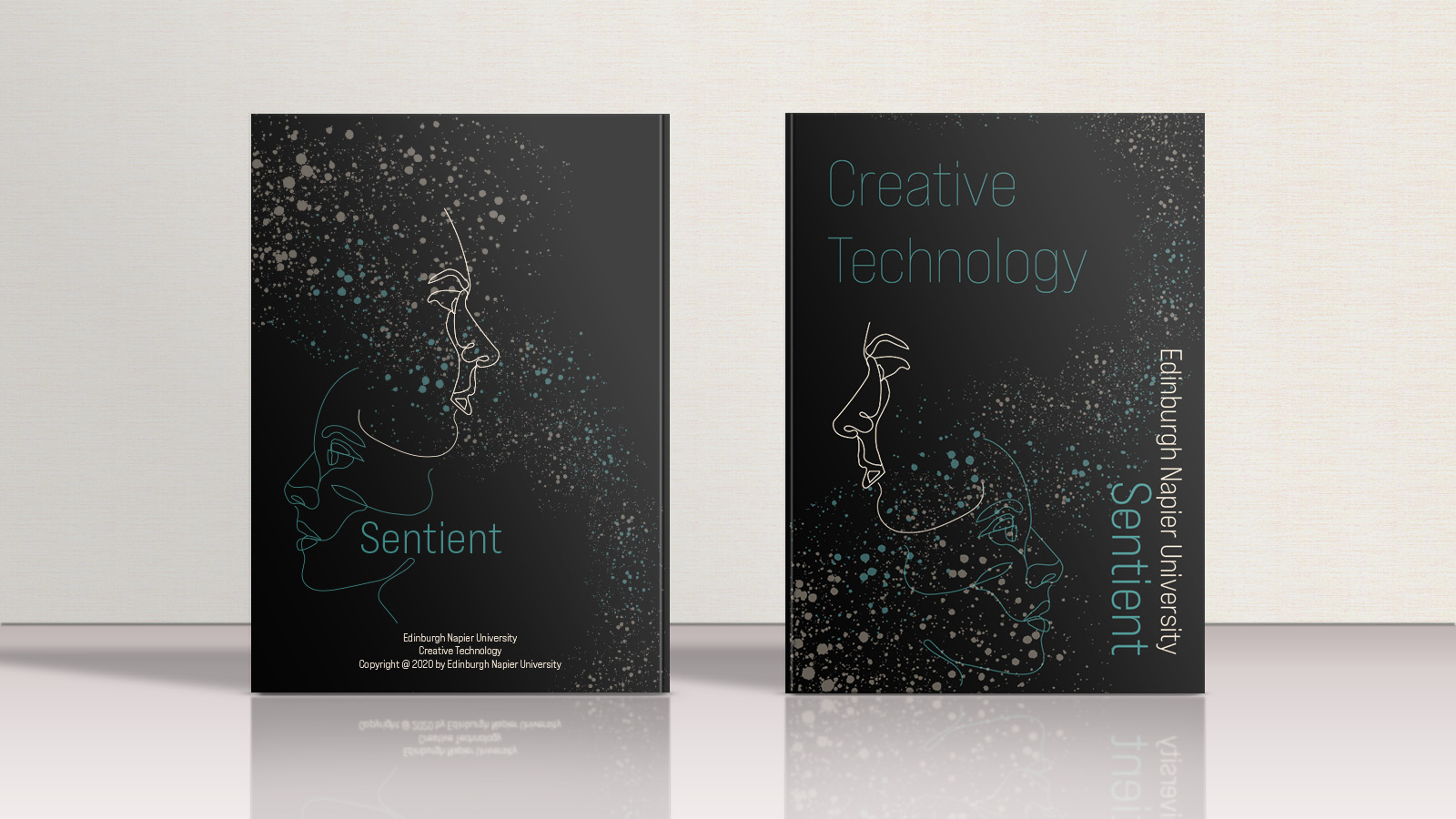